In music as in sports, there are so-called naturals. And then there is Kelly Prescott, whose fate as a country star destined for marquee stages around the globe was pretty much sealed in the womb.

As a third-generation singer-songwriter and bona fide country music blueblood, Prescott’s career choice has always been obvious. But the speed at which the wildly charismatic performer has realized her goals has been extraordinary.

To wit: as Prescott’s dazzling and sonically multifaceted third EP Cloud 9 drops, she will be on-stage in Toronto near the end of a major arena tour alongside Canuck country superstar and long-time pal Dallas Smith.

Smith is not only Prescott’s biggest cheerleader but also on her management team. Why? Because Kelly Prescott recently thrilled audiences across Canada supporting Alan Doyle. Smith knows towering talent when he hears it.

Also, by the time of Cloud 9’s release, its lead single “Convertible” — the rip-snortin’ honky-tonk corker and follow-up to the winning singles “Trailer Trashed” from late 2021 and “Church” from 2020 — will be igniting country music charts from Nanaimo to Nashville, handily showcasing Prescott’s massively expressive voice.

The single is an absolute scorcher. “That song came from me wanting to get home to do dirty things with my baby,” Prescott howls. “I am a fast driver, not going to lie, and one day I was in such a rush to get home to my man and there were all these slow drivers and I just kept thinking, ‘Do none of you need to get home to someone you love?’”

If the planets align, at that moment, those lucky enough to have seen Prescott performing in 2018 at the famed Grand Ole Opry with brother Kaylen and their parents — a.k.a. two-thirds of the trio Prescott-Brown, the sequel to the Family Brown, one of Canada’s most successful and longest-running country combos — will realize they witnessed history. 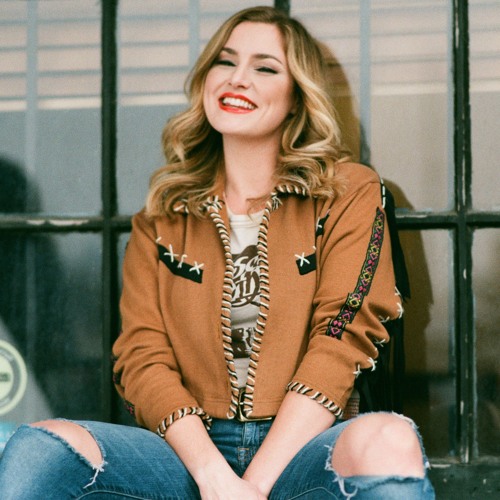